Sherie and I have been very pleased with our choice of lodging in the Alta Badia valley of the Dolimites. 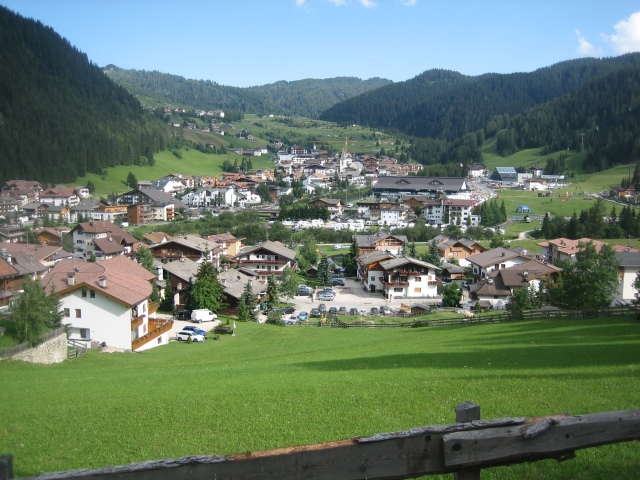 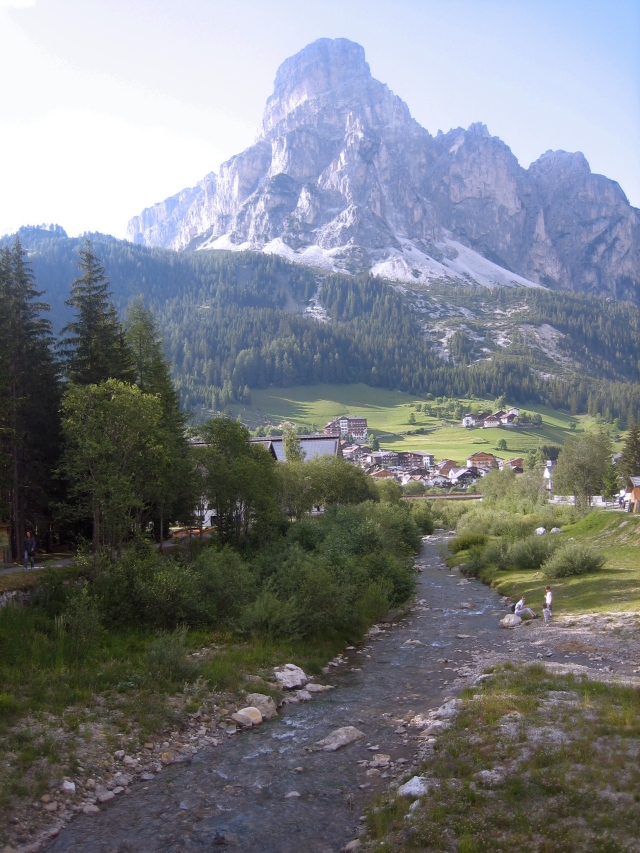 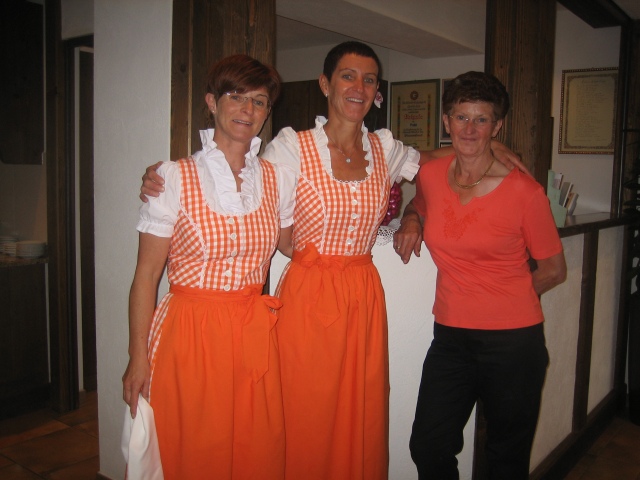 We have been lucky with the weather. To the north, in Austria and Germany, there has been more rain. In the Veneto flatlands below, it is hot and humid. At 1500 meters, it has been pleasant with clouds building over the peaks during the day to provide shade. Only had rain twice: once at night and a twenty minute shower when we were on our bikes too late in nthe day. 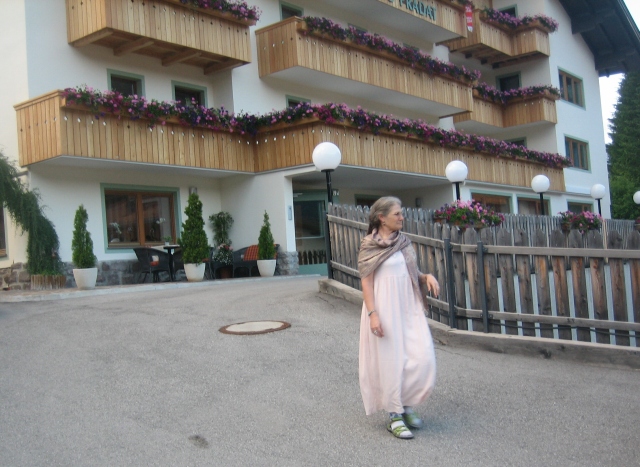 For public transport, it is not so great to leave the region. While there are buses to the local villages and passes throughout the day, there is only one bus per day to Belluno or Bolzano. We chose Belluno, where we will train to Mestre (mainland Venice.) With connections and such, it will be a long day today, as the one bus does not leave Corvara until 1230, and the direct train has us into Mestre at 1915.

We have been saying this has been the perfect vacation, although expensive with the weak dollar. The Italians know how to prepare food and enjoy mealtime, we have learned a lot about the cycling culture in Italy, and found some beautiful places to visit. The quality time alone together has been very good. With the Maratona race near the end of our trip, we have increased our fitness and acclimated enough to survive it as well as any century we have done in the states.